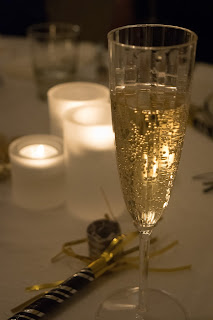 Of course, it's January 1st and everyone's all about resolutions. But that's not really why I'm writing about vegetarian salad.

See? I made cake too! 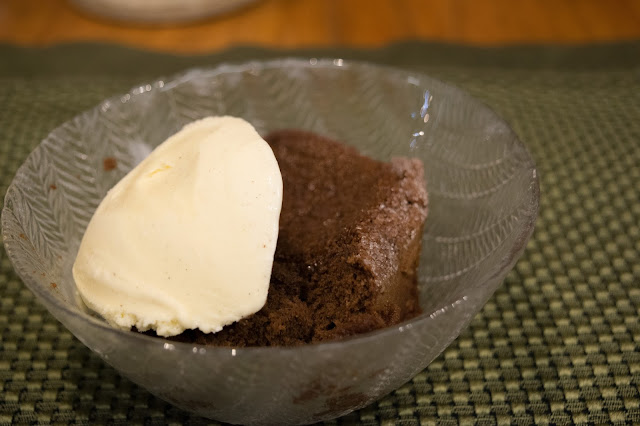 Well, the cake was for Christmas dinner. Joy the Baker wrote the recipe, so all due credit...her baking brain is on point! It's a soft cake lifted entirely by separated eggs (no flour), intensely chocolately with melted dark chocolate, and gussied up with orange zest and freshly grated nutmeg. I highly recommend it! 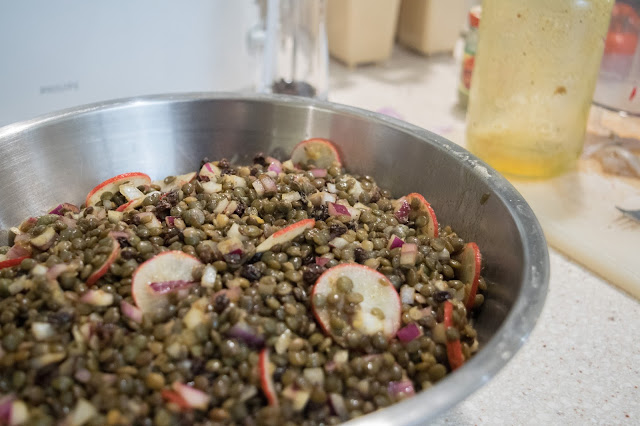 But this salad...this salad!! It's my favorite kind of salad. Legumey protein, all the flavor, and everything chopped up into the same size small pieces.

Does it ever bother you how hard it is to get a bite of salad with each component on it? Like, trying to get a toasted pecan, a sliver of dried apricot, greens, and a crouton on a fork is an unduly trying challenge.

You can eat this salad with a SPOON! Forks work too. I bet a spork would be splendid. I might stay away from eating off a knife if I were you, but hey...whatever pickles your caper. 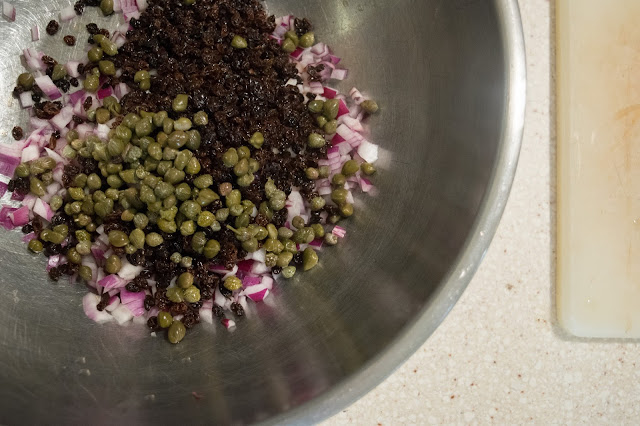 Speaking of which! This salad also has capers, which you can't see because they look just like overgrown lentils. But their bright brininess, combined with earthy lentils, bitter and crunchy radish, sharp red onion, salty and tangy goat cheese, and herbaceous parsley make an awesome combo. It helps that the dressing has 10 different spices, almost as many as KFC chicken.

Got that? This salad is once spice away from being as delicious as fried chicken!

Anyway, the combination is the brainchild of Sarah at My New Roots. There's all the warm holiday spices (cinnamon, cloves, nutmeg, and even cardamom!), plus cayenne, coriander, cumin, and turmeric. The combination is unexpected, leaning towards curry but not quite, a delicious and unexpected melange. It will seem like a lot of spices for the salad, but trust me when I say it makes a ton.

I had New Years dinner with 5 friends from high school, a tradition we've been doing since, well, high school! Everyone brought their A-game to the potluck, and we ate like queens, including making just a small dent in the bowl of lentils. It was lovely to see them all again and reconnect!

Here's the recipe, with a few modifications! But use what you have, and what's in season, and what you like.

The Best Lentil Salad
Yield: 8 or 9 cups of salad. It's like a LOT. My friends and I hardly made a dent in the bowl.

To cook the lentils:
Rinse and sort the lentils to make sure there are no stones mixed in there. Put lentils and stock into a pot and add water to bring liquid level a few inches above the surface of the lentils. Bring to a boil, then lower to a simmer and cook for 15-20 minutes, checking for doneness frequently near the last 5 minutes. Strain and rinse, then put in a big mixing bowl with...
Vinaigrette: While the lentils are cooking, shake all ingredients in a leak-proof container. Then, toss with salad ingredients
Before serving, add in, or top each bowl as desired with:

Recipe adapted slightly from My New Roots.
Posted by Catherine at 8:09 PM