Here's to food and family and fireworks.

I actually made these a couple of weeks ago, and they were the first thing I brought in to work. Food is universal--everyone eats, and most people like sweets!--so it was a great way to meet more people and share something enjoyable in the middle of the work day. 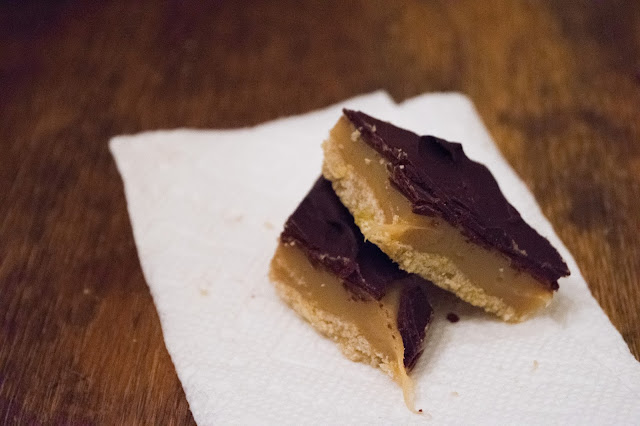 Though I brought them in when I arrived that morning, I didn't announce their presence until 2 o'clock or so. You gotta wait until the hunger and fatigue strikes, then BAM! make some friends! They're a layer of shortbread, followed by a dulce de leche-like caramel filling, and a chocolate ganache on top.


Anyway, everyone raved. And people were super impressed with the diamond cutting pattern. 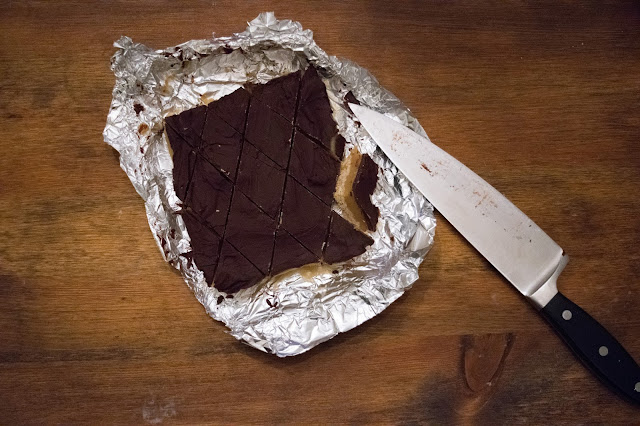 I'm going to let you in on a little secret: it takes the same amount of effort as cutting regular squares.

But people think they're fancier. Just like spreading sauce artfully on a plate, or swirling frosting on a cake. Food psychology is almost as cool as food science!

Each layer is simple to make, so though there are three, there's not a ton of waiting between steps. The whole shebang took me about an hour, or a bit over. The original recipe calls for cooking the caramel to a precise temperature, but I did it by look and feel and it still turned out delicious. Make these...and revel in sinking your teeth into something decadent, sweet, and beautiful! 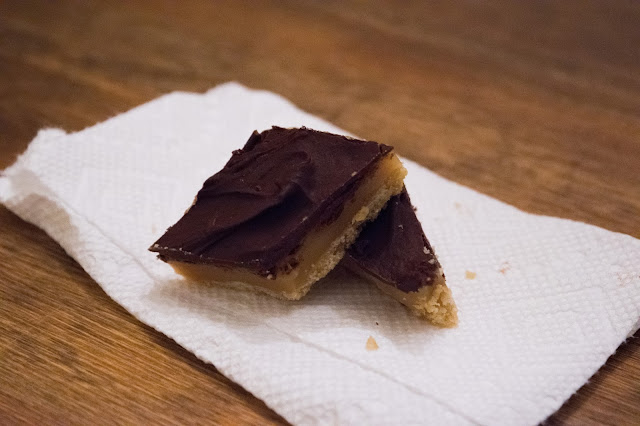 Millionaire Shortbread
Yield: as many diamonds as you can cut! (9x9 inch pan--I split between two smaller pans with similar area)

From Brown Eyed Baker
Posted by Catherine at 11:08 PM