I'm pretty proud of this whole meal. First off, I made a salad with no lettuce... Exhibit A: 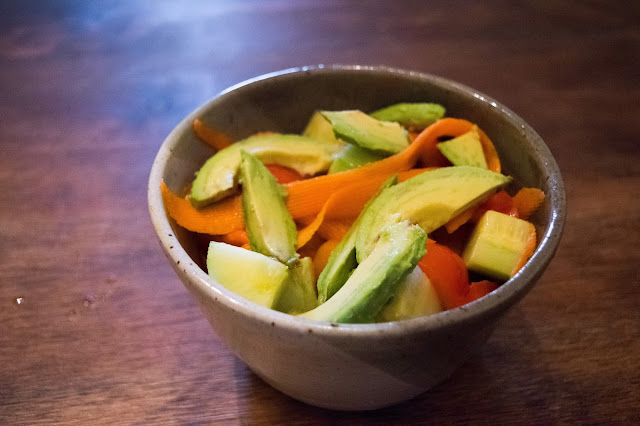 And second off, I made pork chops. Well, pork chop to be more accurate. Cooking for one has its challenges. But hey! I made meat. And I didn't get sick, so I must have properly handled *dangerous* organic matter.

The recipe I used comes from the Kitchn, a great source for cooking knowledge and tips. They suggested even just a 30 minute brine would help make the meat tasty, and they were so right. 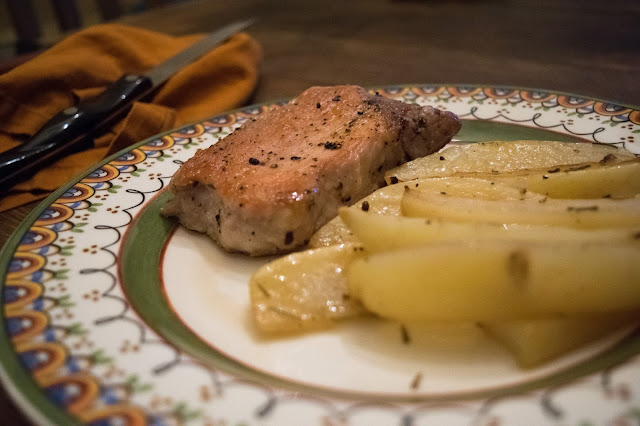 Juicy, not overcooked. Just salty enough, but not anywhere near bacon levels. Flavorful, mostly from the pork and with just a hint of garlic and pepper. I'll be making this one again! And I have another pork chop in the freezer, so I can!

The pork is cooked uniquely too, to maximize a caramelized crust and tender inside. You sear the meat on one side in a cast iron skillet (which you have conveniently left inside the oven while it preheats). Then, flip it and immediately put it back in the oven, where the other side will get a golden crust while the meat inside cooks slowly and evenly. It's genius. And it took under an hour.

Genius Pork Chops
Yield: as many as 4 chops