This story starts at costco, as all good stories do. They were out of the roasted, salted almonds in the two pound box, so...
My dad bought the 3 pound bag of raw almonds.

Figuring we could bake with them, or roast them ourselves, or whatnot. 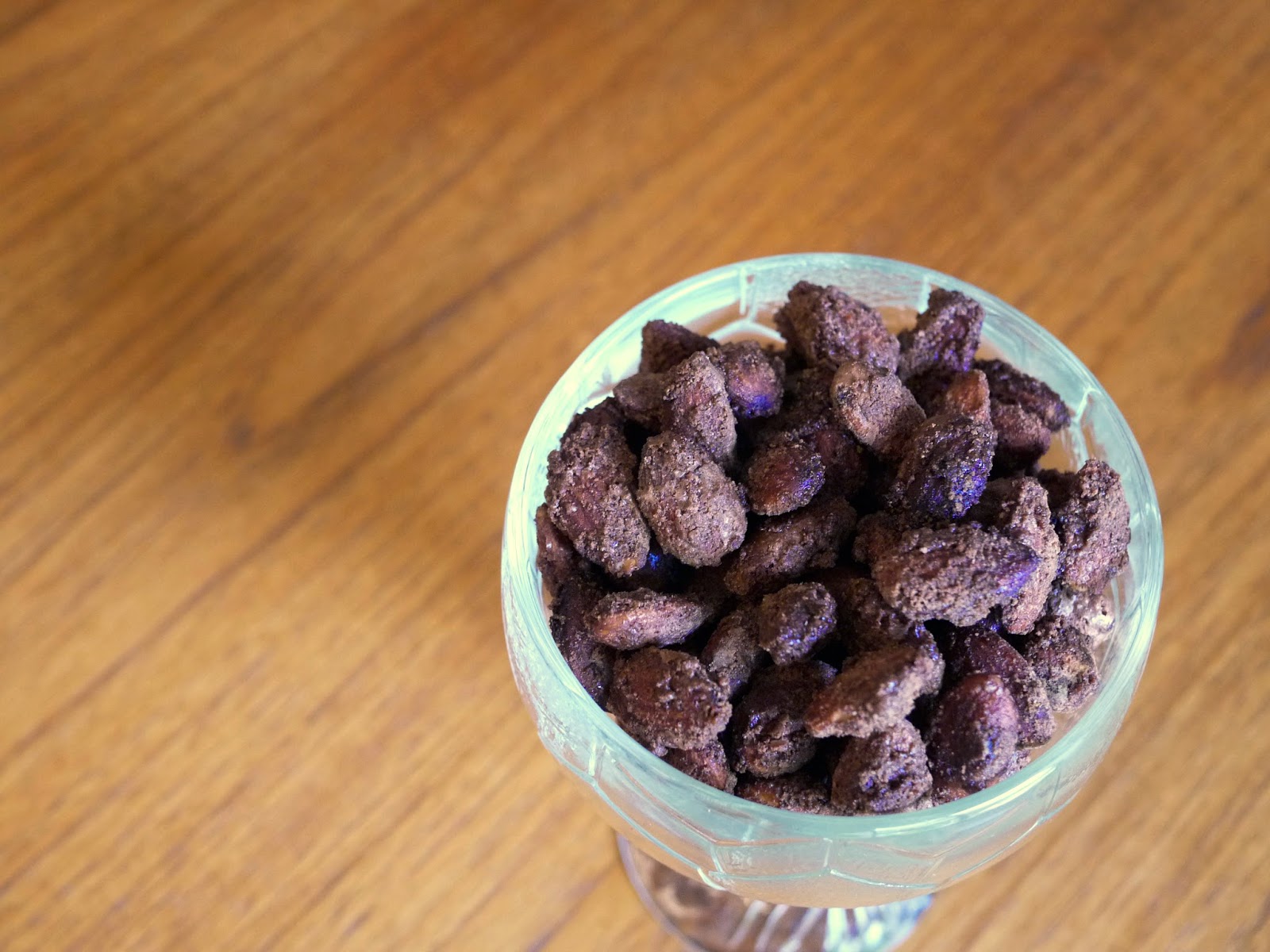 They're sweet and salty, crunchy, a treat but still a snack, and eminently grabbable on a pass through the kitchen.

All it takes is a little bit of aggressive whipping of egg whites and sugar to make the crunchy meringue that will shield the nuts in a protective, chocolaty armor. Cocoa powder adds that somethin'-somethin' and mm mm good factor. Joy adds a hint of cayenne, which you can do, but we don't eat spicy things at home so I added a bit of cinnamon instead. 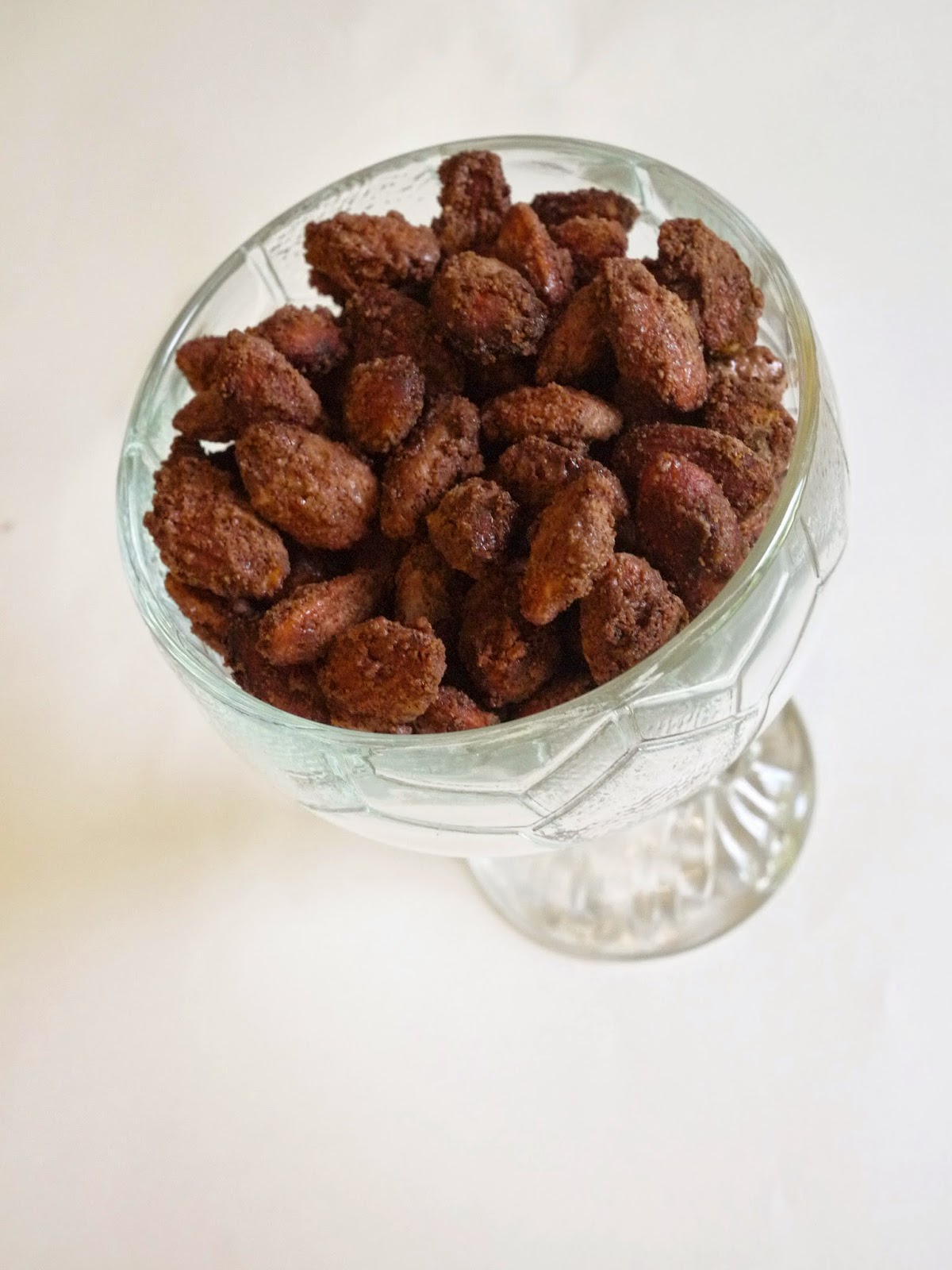 So run to your nearest bulk nuts seller (ewwwww) and make these in your kitchen today. They will last longer than cookies, but not that much longer. They will sustain the 3pm hunger crash. They will satisfy the chocolate cravings.

[You know they say that if you're craving chocolate, your body really wants the fat from the cocoa butter, and that you can "satisfy" that craving with peanut butter? Um, I think these are an even better option.]


Recipe from the Joy the Baker Cookbook (love.)
Posted by Catherine at 7:44 AM