Mmmmmm. I'm home for Thanksgiving! With everyone home and an amazingly well stocked kitchen and a post-college wind-down cold Ugh. I've basically lost my voice, but I can still bake as long as I wash my hands all the time. And no coughing or sneezing. 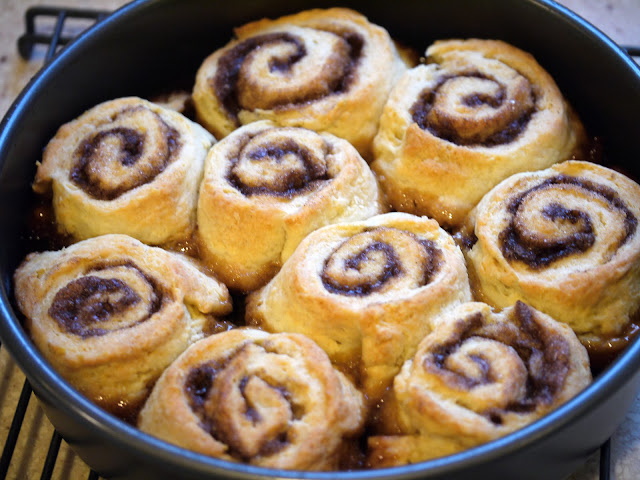 But listen up, y'all, 'cause these pinwheels are poppin'. A thick, buttery, brown sugar caramel sauce envelops the bottom (and later becomes the top) of a pan of light, fluffy, quick-baking, biscuit-dough cinnamon rolls. No separate glaze to make, just melt it together in the microwave and dump in the pan before the rolls go in.

There are a lot of ingredients in this recipe that you might not keep in stock. Buttermilk, sour cream, and cake flour. Luckily, these are easily substituted for and the results were great. I used greek yogurt for the sour cream (not for health--there's so much butter in these it wouldn't make much of a difference--but because it's what we had). One Fage is a cup, which is exactly what this recipe calls for!
I also used some milk and a squeeze of lemon juice for the buttermilk, and flour with a teaspoon of corn starch for the cake flour. 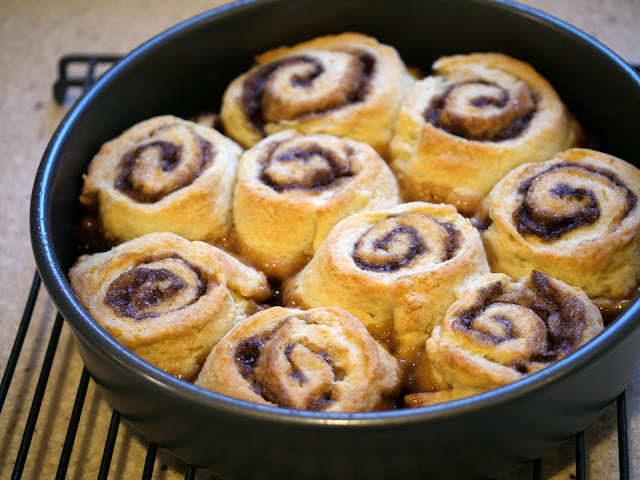 
Method:
Recipe from Fast Breads, via Serious Eats.
Posted by Catherine at 2:57 PM