Ok, so most of these pictures are of the peanut butter chocolate chip oatmeal cookies about which I posted a while back... 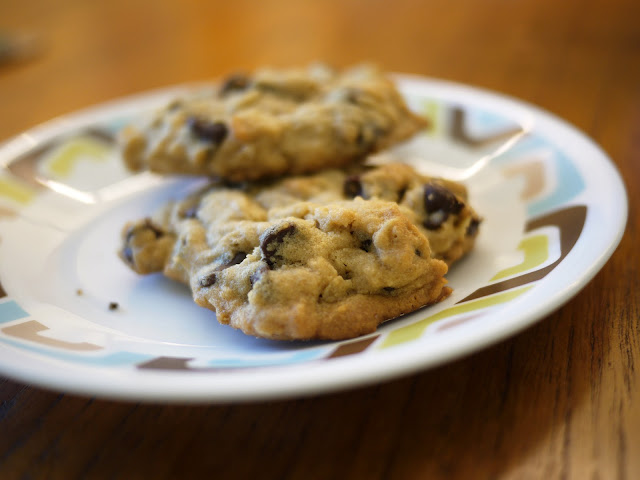 But I also made a fluffernutter sandwich! 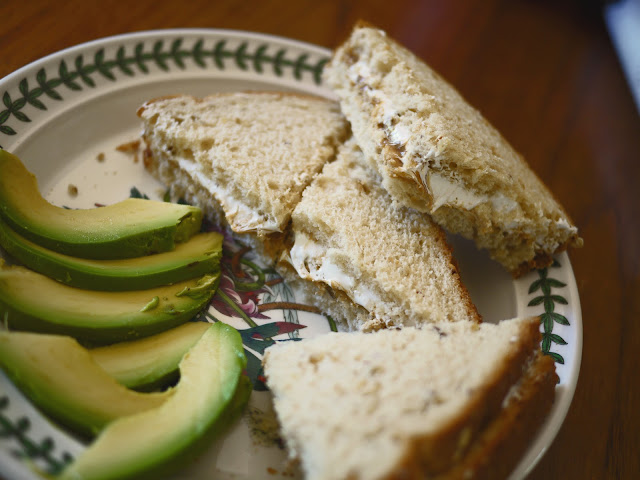 Low fat lifestyle! Not. It was amazingly delicious, though!

Is it a coincidence that both of these things have peanut butter in them? 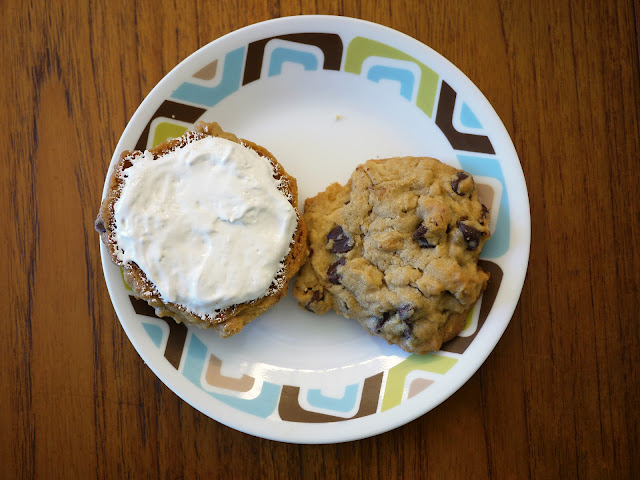 I think not. I think people just haven't realized what a good smear of peanut butter does to the s'more flavor combination of marshmallow (and chocolate). It adds the salty dimension and the umami dimension, rendering both of these dishes perfect. 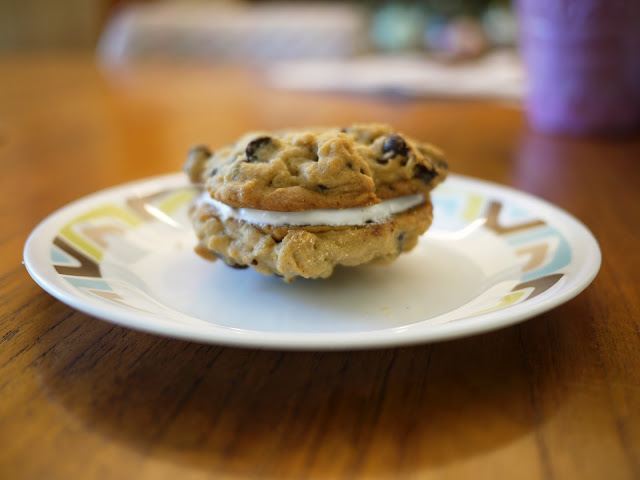 Can I get a whoop for this almost whoopie pie? Though the cookies are more dense and chewy than cakey, the homemade marshmallow fluff stood up to their strength and it makes for a delicious combination.

I made these cookies with my blogger friend Maxine--we also made peanut butter and jelly muffins together a while back! Peanut butter is definitely one of the adhesives that keeps us together.

Speaking of adhesives, let's talk marshmallow fluff. This is very similar to the fluff you get out of a jar...maybe a little more spring/stick/toughness but similar texture and flavor. And it's a fun way to try your hand at an Italian meringue (when you pour hot sugar syrup into egg whites and beat the you-know-what out of them). It's crazy, it feels like you're going to cook the eggs and end up with gross hard sugar stuck to the mixing bowl, but it all comes together like a heavenly cloud. An inescapable cloud, given how sticky it is.