My first experience with Korean food

I recently went to a Korean dinner hosted by the Korean club on campus, and it was my first time ever having Korean food! I'm not sure mass produced take-out was the best way to be introduced to the genre, but it was still pretty delicious. 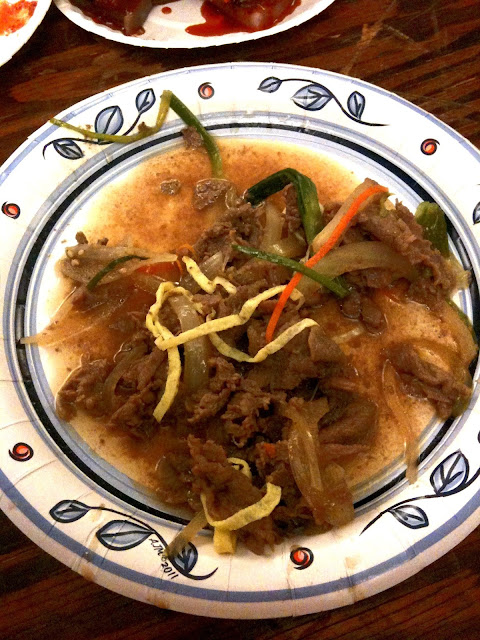 Here, the classic Bulgogi, a Korean barbeque beef. It was slightly sweet, and seemed very similar to stir fry to me except the meat had a different texture, more coarse but still tender. It's hard to describe, chewy, meaty, not spicy but spiced.

I should also mention that they served the food family style, and I only got a separate plate because I didn't want to infect the rest of my friends with the cold of the week. There were also appetizers: kimchi (what? I thought it was fermented cabbage...this stuff is good!), jellied chestnut (I wasn't wild about it but some of my friends really liked it) and pickled veggies. 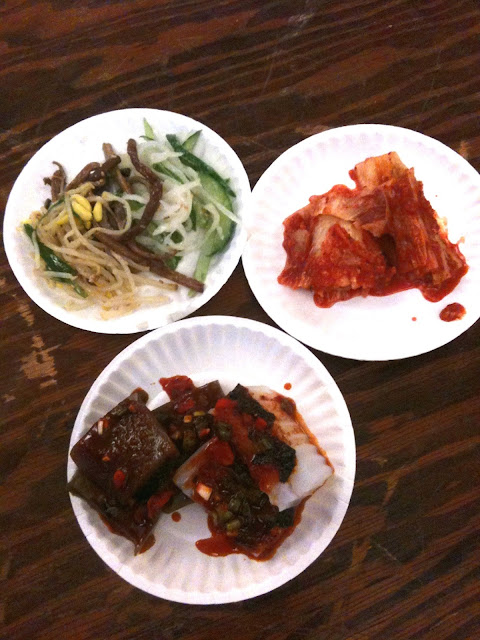 My favorites, though, were the pancakes and the dumplings. Dumplings were familiar, and the pancakes were like a big flat thick noodle laced with onions cut into big rectangles and pan fried. Delicious...chewy, starchy carbs with some slightly spicy (but not mouth-burning) sauce. 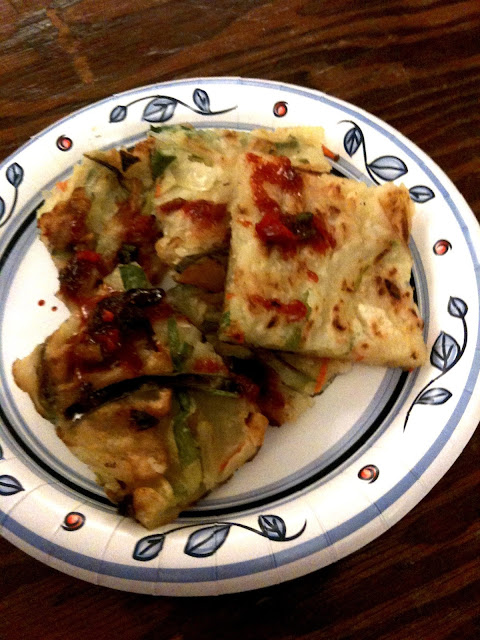 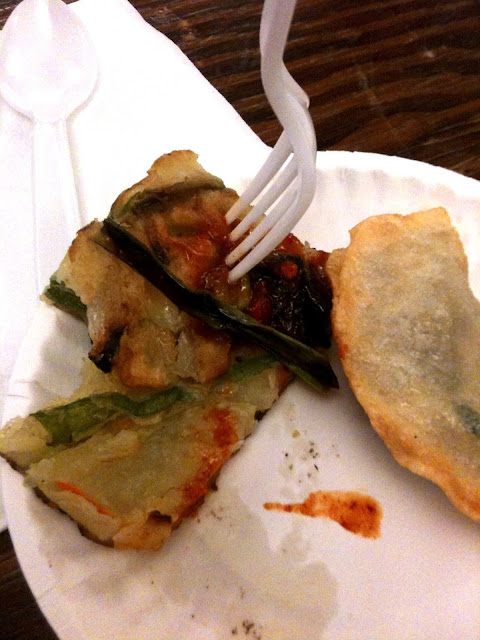 To sum it up, I would say that what I tried was good, and I think it would be even better in a restaurant. If you're worried about spice, this food at least wasn't too hot, and I have a pretty low tolerance. Give it a try. and go with friends or family to share a bunch of dishes so you can sample everything!
Posted by Catherine at 9:05 PM