As I write, I am somewhere in the bright, clear, U.S. air, flying to San Francisco to do a tour with my a capella group. I could not be more excited!

The sun is streaming in from the window. The light reflects off the pebbly clouds below like bloggers and journalers everywhere at the end of the year, who fill with resolutions and intents for the new year ahead. 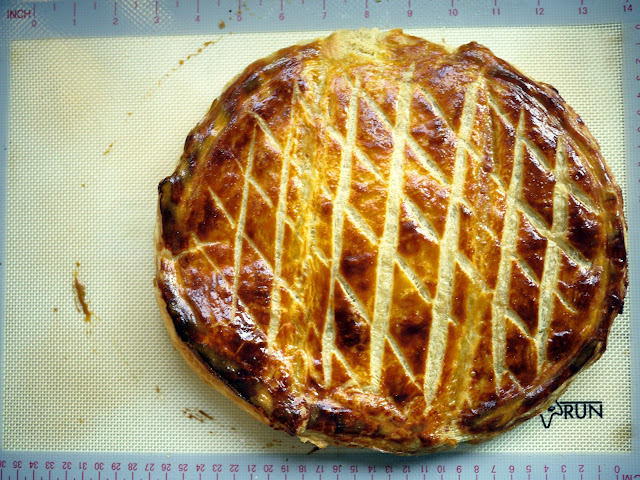 And I made a Galette des Rois, or King Cake, an epiphany tradition in France. Maybe there's an epiphany hidden in the cake...more likely though, there's a monopoly hotel, because I didn't have a dried bean or baby Jesus figurine to hide inside.
What? That doesn't make any sense, does it. Or does it?

Well, traditionally, a bean or figurine is hidden near the crust inside the cake, and the cake is divided into as many pieces as there are people, plus one (the extra piece was kept in case a beggar came to the door for food.) Whoever gets the piece with the bean is King (or Queen) for the day. 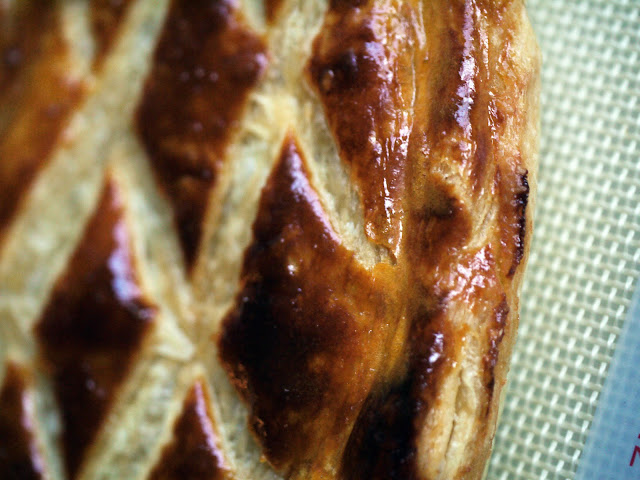 This cake is one of my oldest taste memories, too. I lived in France for a year when I was 3, and very distinctly remember the flavor and texture. It's amazing to me that I could still remember after so long, but as such, Galette des Rois has been on my baking bucket list for a while, and I'm glad I finally got around to making it. 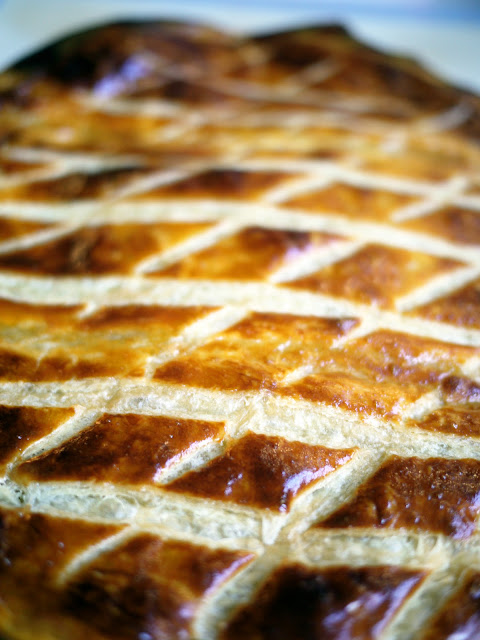 Alas, I blab. This cake is kind of a tart, with an almond "frangipane" filling surrounded by a puff pastry crust and sealed at the edges. Mine wasn't entirely sealed, so some filling seeped out, but you know what? It tastes fantastic scraped off the baking sheet with a spoon. It's brushed with egg yolk, which creates a beautiful leathery lacquered sheen, and decorated with a simple pattern drawn in the top crust with a sharp knife. 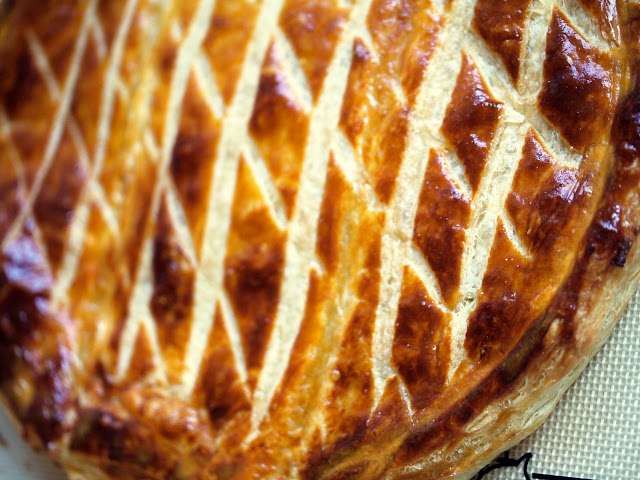 P.S. You know those corners you cut off to make the galette round? They are awesome with some cinnamon sugar, folded in half and baked for 20 mins at 400. Little cookie/croissant/turnover babies.
Posted by Catherine at 9:25 AM