Yesterday, Yale fought valiantly against Harvard in their 129th "The Game."

It was close. There were fumbles and field goals. Tough luck and touchdowns.

And ultimately, Harvard won. Truth is, neither of our teams is very good, but since the game was so close, it was super exciting to watch!

So, I was in Cambridge, supporting Yale. A couple of tidbits from my 24 hour trip: 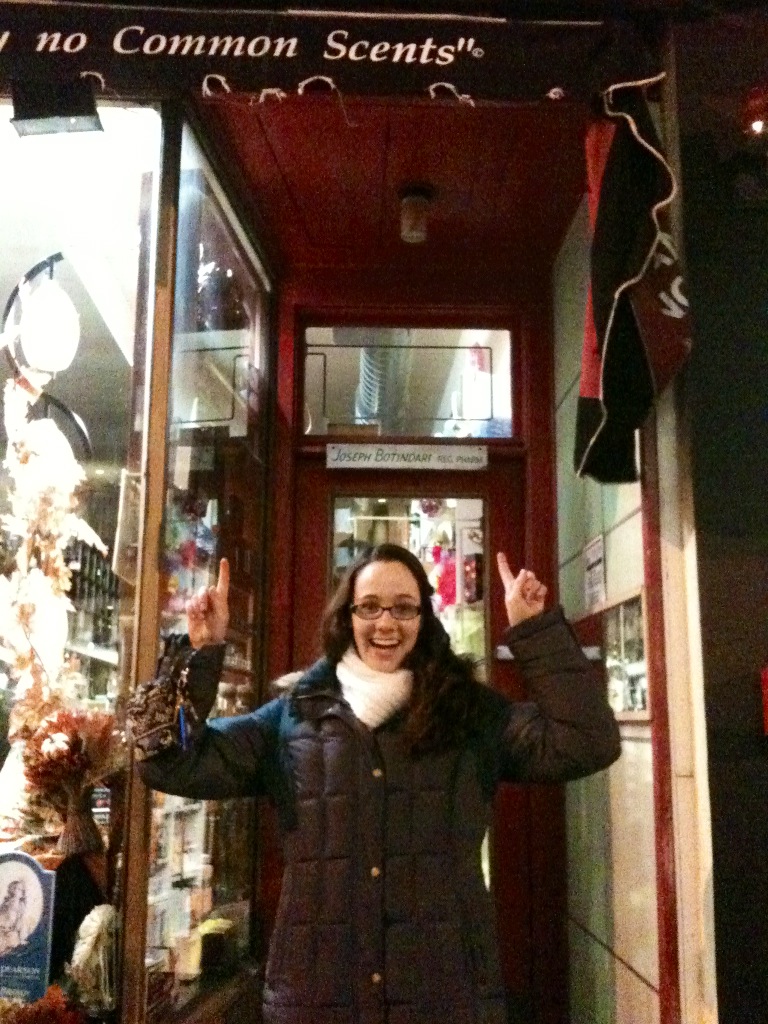 Look at this banner I saw walking around...I'm not the only one who's thought of that pun.
That's okay, not everything has to be original.

You want to hear something else unoriginal?
You do?
Banana
banana
banana
orange
orange who?
orange you glad I didn't say banana?

Well that was an awkwardly one-sided riddle.

Also while in Cambridge, I got to finally see my friend Skylar again, whom I hadn't seen in over a year. I am so thankful we had the chance to reconnect in person!
It's great to be able to keep in touch over Skype and the facebooks and such, but as my friends and I spread out over the country for college, being able to see each other in person is such a luxury!

She took me to her favorite brunch place in Cambridge, Cafe Luna.
The owner even recognized her name, that's how much she likes this place. And I can see why. 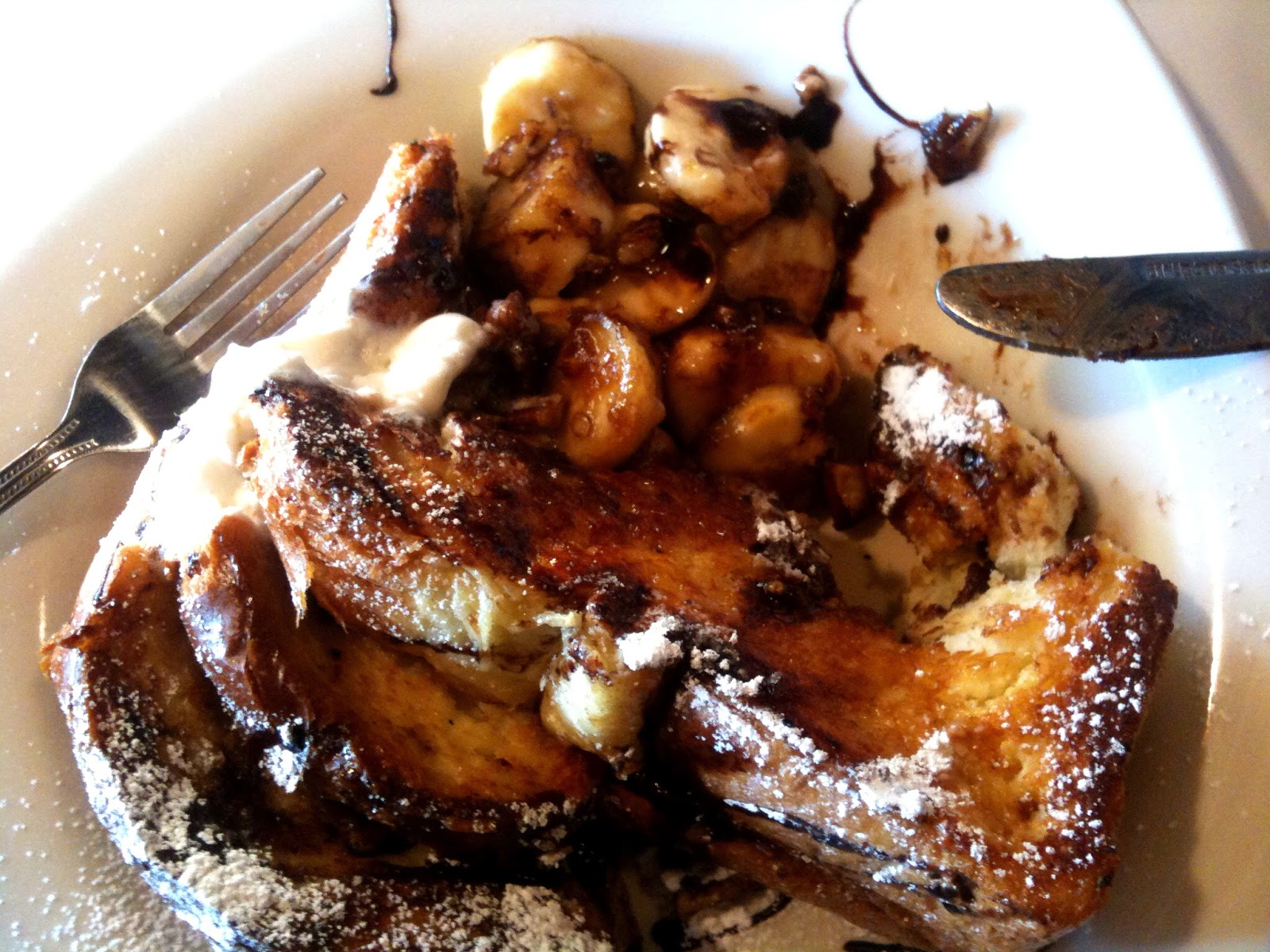 I had this chocolate stuffed french toast with sauteed bananas and walnuts, and it was out of this world.

Two pieces of brioche, very lightly battered (I have to admit, usually I'm a fan of denser, more custardy french toast but this variation was very good) with chocolate between the layers, and a huge pile of buttery bananas and walnuts on the side.

Oh, and a chocolate drizzle.
Decadent and amazing, let me tell you. Skylar's pumpkin pancakes were fantastic too...we shared bites, because that's what friends do!

Make a reservation for brunch if you're in the area. I highly recommend it!
Posted by Catherine at 6:48 PM