No problem, I'll have that for you straightaway. 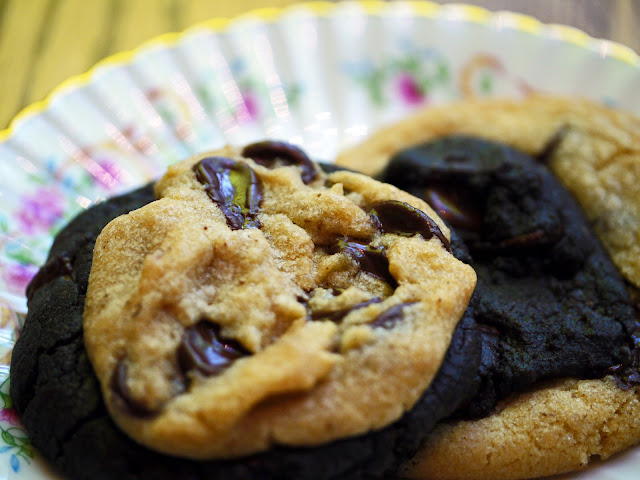 So, I usually shy away from recipes like this...cakes with filling, frosting, garnishes, pastry bag involvement (that's the worst part!!), etc. It seems like so much work because there are too many parts, too many bowls to deal with, blah blah blah.

You bake both trays at the same time.

One batch. Two bowls. Okay, maybe three. It depends on how vigilant you are. Easy as cookies.

Whenever I see the word vigilant, I always say villigant in my head. Like militant and vigil flipped around and mushed together.
...that's a stretch. 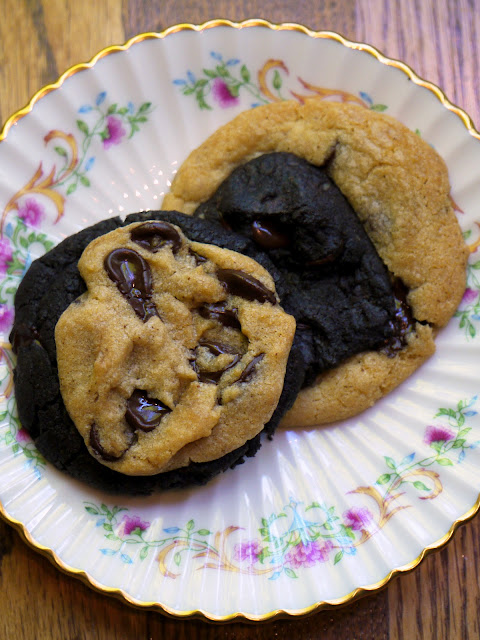 And the brown butter. Ooh. la. la. It's the kind of thing I would make just to smell. It's not that scary, and you can go slow (much less scary than caramel!). Basically you're caramelizing the milk solids in the butter.

I think I might have over-browned my butter, because the cookies were a little gritty. In any case, I've also reduced the baking time in this recipe to help them keep a bit of chew, and though Jessica swears you must let the browned butter cool to room temp, I think it would help the grittiness to dissolve the sugars in the butter when it's still warm (but not hot) , so that's reflected in the recipe as well.

Get into your kitchen and get baking! Easy not hard. 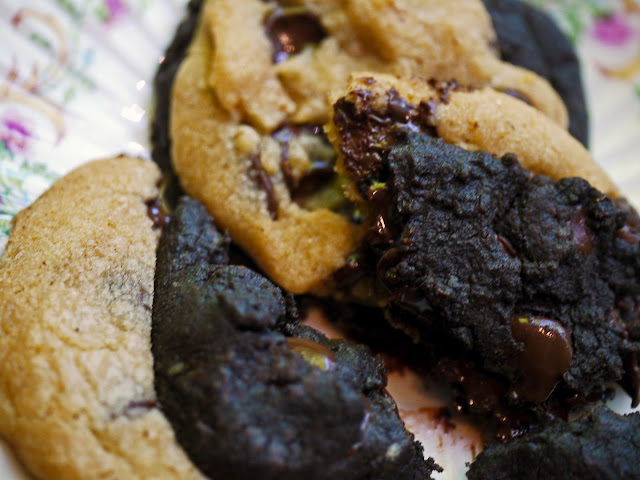 
Note: usually it works really well to reduce the oven temp by 25 degrees and bake on convection for the same amount of time. With these cookies, it meant the tops fell off the bottoms on a few of the cookies. They still tasted delicious, but might have stayed together better had I not put them in front of a fan spewing hot air.

Recipe from How Sweet It Is.